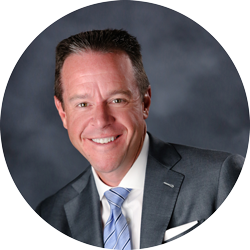 James began his career in Sacramento working for the Governor’s Office of Planning and Research, and was subsequently selected for the California State Senate Fellowship, which is among the most sought after post-graduate political programs in the country.

From 1999 to 2005, James worked in the Capitol developing first-hand knowledge and insight into the legislative process, including serving as the Chief of Staff to a member of the California Senate.

After leaving the California Legislature in 2005, James began his professional lobbying career with Political Solutions, a Sacramento-based lobbying firm. During his time with that firm, James represented clients from a wide variety of fields before the Legislature, Governor’s Office and state agencies.

In 2009, James launched his own lobbying and political consulting firm, Jack Advocacy Group, and in 2011 James formed Capitol Strategic Advisors with prominent Sacramento lobbyist Shaun Flanigan to provide clients with a new level of personalized service, attention and dedication that few Sacramento lobbying firms can offer.

Since its founding, Capitol Strategic Advisors has been designed to provide clients a single firm that can provide a broad array of services, including political consulting and strategy development; direct advocacy before the Legislature, Governor's Office, statewide agencies and departments; coalition building; strategic messaging; and grass roots advocacy.

James is also an appointee of the California Secretary for Transportation to the California Freight Advisory Committee and is an elected member of the Arden Oaks Neighborhood Association Board of Directors.

James holds a Masters Degree in Public Administration from the University of Southern California, and a Bachelor's Degree in Finance from San Diego State University. 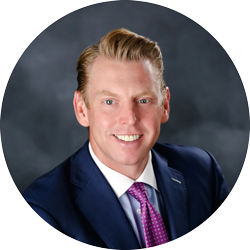 In 2001, Shaun began his professional lobbying career for American Continental Group, Inc. which is a Washington D.C.- based firm.

Following his career in Washington D.C., Shaun spent many years working in the California Legislature. During his time as Chief of Staff for the Assembly Minority Leader George Plescia, Shaun worked on a wide range of public policy areas with extensive expertise in governmental organization, business, insurance, health, education, water, budget and taxation issues. Shaun served as the primary liaison between the offices of the President pro Tempore of the Senate, Speaker of the Assembly, Senate Minority Leader and the Governor of California. Shaun was responsible for overseeing office employees, as well as policy, communications, budget and other consultants. He also served as the top senior advisor on all issues relating to the Member as Assembly Minority Leader.

In 2011, Shaun left The Flanigan Law Firm to start his own lobbying practice, Capitol Strategic Advisors, in order to provide his clients with a new level of personalized service, attention and dedication that few Sacramento lobbying firms can offer.

Shaun is currently on the Board of the Moretti Foundation. The Bob Moretti Memorial Scholarship Foundation was created to provide a lasting memorial to Speaker Moretti in the form of a perpetual scholarship fund. Since 1990, the Foundation has provided scholarships to California students attending California’s colleges and universities. Hundreds of students have been recognized as “Moretti Scholars".

In 2014, Shaun was appointed by Speaker of the California State Assembly to the Capitol Area Committee Board of Directors. The Committee serves as an advisement team to the Director of General Services on all issues pertaining to the Capitol Area Plan. This Plan is the statutorily mandated master plan for the development of state-owned land encompassing 42 blocks in downtown Sacramento. Shaun is one of nine appointees to this prestigious committee.

Shaun holds a Bachelor’s Degree in Political Science from San Diego State University where he served on Associated Student Council. He is currently an active member of the SDSU Alumni Association. 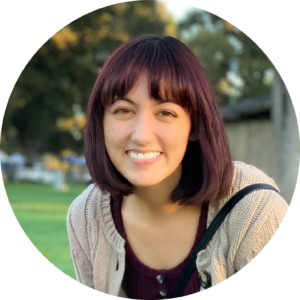 Brandi Cuyco brings Capitol Strategic Advisors a background in healthcare and  journalism, including technical/editorial writing, graphic design, research and grassroots advocacy work. She was part of various health initiative groups in the Philippines as a student advocate, including the nationally recognized "Ang Nars" nursing coalition, where she was an active four year member in pushing health related initiatives through Philippine legislature.

Prior to Capitol Strategic, Brandi worked with the Assembly Republican Caucus, where she was able to put her administrative and graphic design skills to work, in addition to participating in the Health and Human Services policy pod.

Brandi holds a Bachelor’s Degree in Nursing from Trinity University of Asia in the Philippines. She currently owns a calligraphy and graphic design business with her husband.

We Work Hard for You

Give us a call and we'll work hard to demonstrate why we are uniquely qualified to achieve your objectives.